Greater Wellington Regional Council in association with the WAGGIS (Wellington Area Government GIS) regional consortium commissioned a region-wide laser airborne (LIDAR) survey in 2013-2014. This resulted in a new high-resolution digital elevation model (DEM) of the region's terrain. The DEM has allowed for the creation of high-resolution contour data (at 1 metre vertical intervals) on a regional scale for the first time. One of the outcomes is the production of new large-scale topographic maps of the region. These maps can be viewed in the GWRC web mapping applications and accessed as a web map service.

The foundation of the mapping is based on contours (1m and 5m intervals), hillshading, and vegetation mapping based off the LIDAR data. The original LIDAR point data was postprocessed by Landcare Research to create the bare-earth DEM, canopy-height model (CHM), and hillshaded relief layers. Contours were then created by GWRC from the DEM. Other layers include :

Below is an example image of the mapping showing 5m contours. 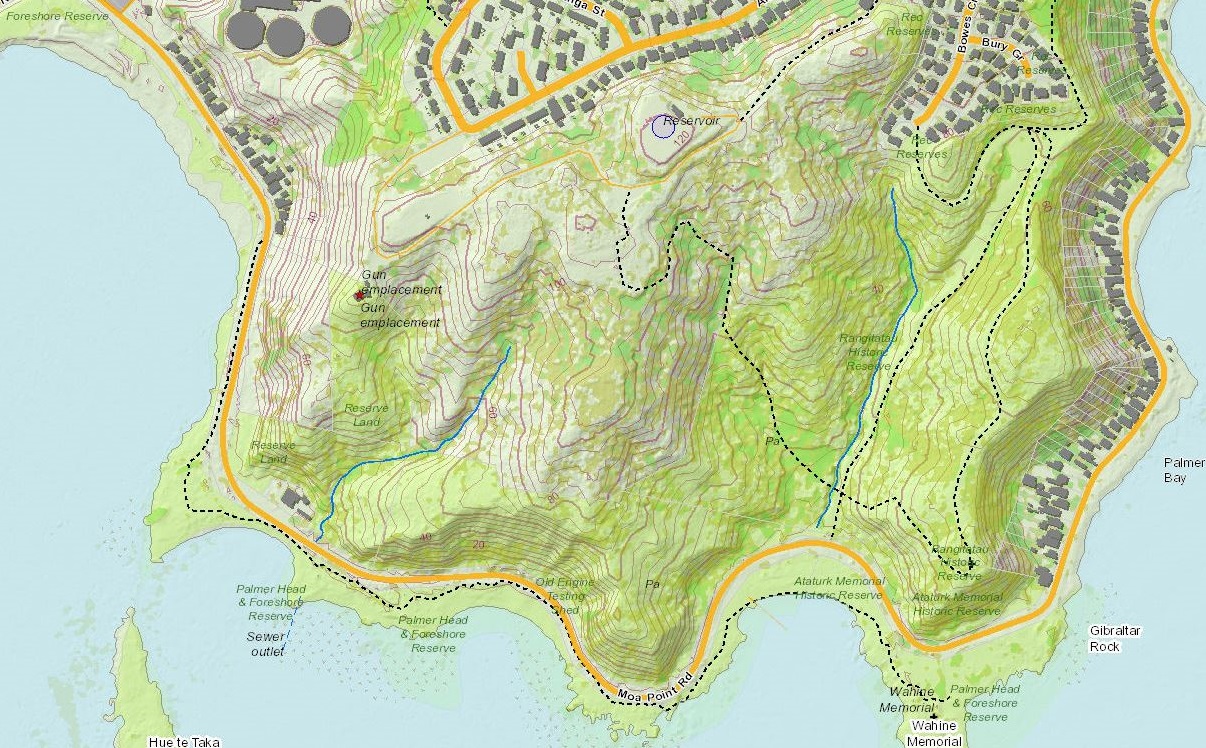 We welcome your feedback – the mapping is in it's first release so now is a great chance for you to give feedback. Let us know what datasets you are interested in seeing in the maps; how easy you have found it to use; any comments you would like to make to help us make it a valuable tool for you.

The creation of these maps is described in more detail in an article hosted by the NZ Cartographic Society.