Greater Wellington Regional Council has now released version 2 of the regional topographic basemap. This updates the original product, first released in 2015. It includes a number of updates and improvements. The original maps are described here : New Topographic Basemaps Released.

Below is an example image of the mapping showing 5m contours. 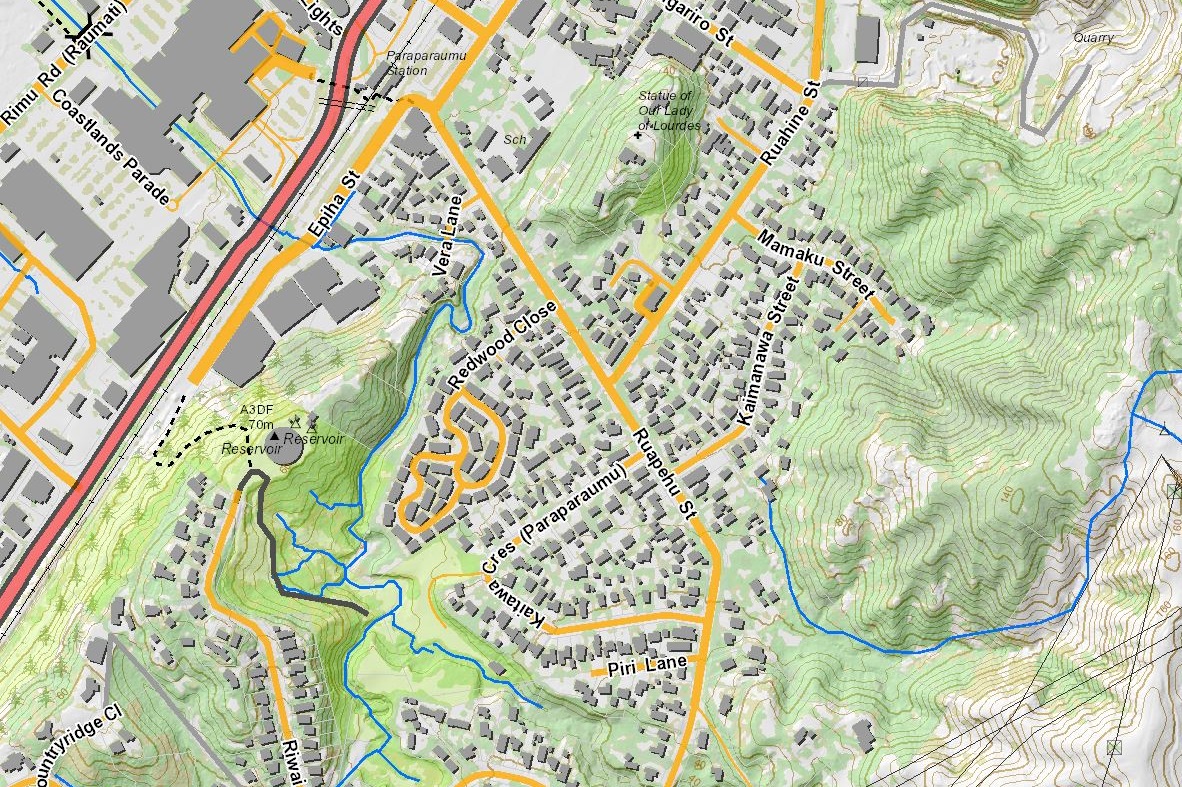 We welcome your feedback. Let us know what datasets you are interested in seeing in the maps; how easy you have found it to use; any comments you would like to make to help us make it a valuable tool for you.

The creation of these maps is described in more detail in an article hosted by the NZ Cartographic Society.

Supporting documentation is hosted in this Google Drive folder.